Genoa Coatings handles interior, exterior and commercial painting jobs for homes, offices and buildings. They have the tools and expertise to paint and stain all types of surfaces.

Google Adwords Results at a Glance 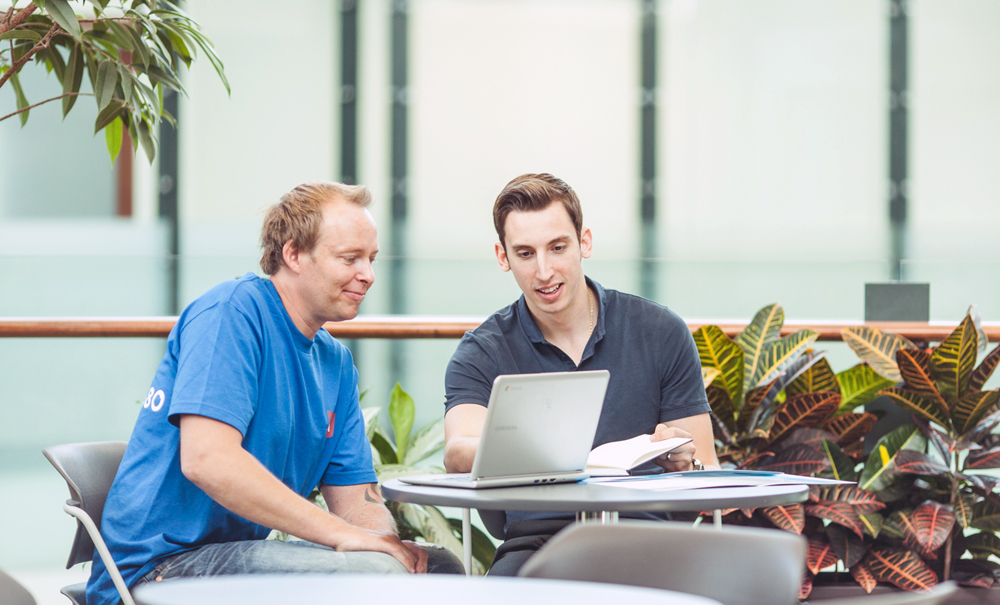 “It was like flicking a switch. I would say there was an increase of at least 30 to 40% in business.”

FROM OIL TO PAINT

Former oilfield worker Gerri Reid started Genoa Coatings in Edmonton, Alberta, with a partner in 2001. He became the sole owner of the small painting business within two years, and created a modest online presence in 2006. Realizing that he needed something more to become a leader in his very competitive marketplace, Reid then turned to Google AdWords.

“I wanted Genoa Coatings to be a household name in Edmonton,” he says. “But there are so many painting companies in the city and the competition is tough.” Reid launched Genoa Coatings’ first AdWords campaign in late 2011, and at first managed the campaign himself. “It generated painting work, no question about it,” he says.

“I had only a little amount of money to work with, but one point had to put my AdWords campaign on pause. …I was not set up to handle the increased volume.”

As he got busier, Reid decided to concentrate on painting and the day-to-day operations, and delegate responsibility for the digital side of his small business. He turned his website and AdWords account over to Adster, a local certified Google Partner. Thanks to the new campaign, business for Genoa Coatings really took off.

“It was like flicking a switch,” Reid remembers. “I would say there was an increase of at least 30 to 40 percent in business, with just that online campaign. I had only a little amount of money to work with, but at one point had to put my AdWords campaign on pause. I was getting five, six, and seven phone calls a day, and I was not set up to handle the increased volume.”

Genoa Coatings has grown so much that Reid is now considering expansion to another location in Alberta, with a separate website and AdWords campaign. He has no doubts that he will restart his AdWords campaign in Edmonton, too, as soon as he has hired enough new employees to handle all the new business coming his way.

“I’m 100 percent sure,” he says. “There’s no question about it. But you have to be ready, and you have to hire people. Because you will be amazed at how fast people are going to find you and call you because of AdWords.”