A Brief History of Google Adwords

We live and breathe Adwords here in the Adster office, and we can tell you a lot about the current features. But what about its humble beginnings? Considering the fact that many of us were in jr. high when Adwords first hit the scene… we couldn’t offer much insight on the subject. So I decided to take a look back at some of the milestones Adwords has experienced, as well as talk to our resident Adwords expert, Dave Forster!

In the beginning, Google released a test, showing a small link that said “see your ad here” at the top of the search results to a small percentage of Google users. Within minutes, they had their very first Adwords client! Any guesses who the first company to sign up was?

Things didn’t take off right away for Adwords. In fact, due to the lack of initial success, Google was planning on giving the inventory of advertisers they did have over to DoubleClick, the largest banner ad business at the time. BUT. In the spring of 2000, the online ad banner market crashed, and Google rose from the ashes, like a phoenix, with their self-serve model for buying text ads. 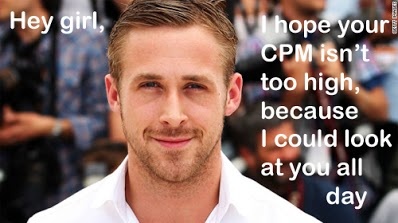 Google was initially using a CPM pricing model. They soon realized that this wasn’t what advertisers wanted online. Using a cost-per-click (CPC) pricing model allowed Google to stay competitive with other online advertising platforms. CPC pricing separated search engine advertising from more traditional forms of advertising because you are only paying when someone interacts with your ad.

One of Adster’s founding partners started his career in Adwords as a kind of “lead broker”. This meant that he acted as a middle man — collecting leads through Adwords and then selling them to the people who wanted them!

Prior to quality score, your maximum bid was simply multiplied by the click through rate. The highest result was placed in position one, the next highest in position two, etc. When speaking with Dave about his early experiences with Adwords, he said it was a VASTLY different landscape than the one we see today. “It really didn’t matter what you did in a campaign… if you had money behind it you couldn’t go wrong. It was very easy to simply buy your way to the top”. Many advertisers took advantage of this loophole, and so many users found Adwords ads to be spammy and irrelevant. Enter quality score! This was Google’s answer to the need for increased relevancy.

When quality score was first introduced, there was two different keyword “states”. Active or inactive.
Active keywords: your bid was sufficient and your ad would be displayed.
Inactive keywords: your ads won’t run. You had two options to fix this: increase the bid, or improve your ad.

Keep in mind that relevancy and ad quality isn’t just good for users… it’s good for Google too. If users aren’t clicking on ads because they don’t find them relevant, no one is making money.

Enhanced campaigns allowed advertisers to manage their campaigns in a multi-device world. The campaigns would show ads across devices with the right ad text, site links, extensions, etc. without advertisers having to edit every campaign for each device.

That’s NOT All, Folks

Of course, there have been many more changes since 2013. Adwords is an ever-changing platform that will always strive to give the end customer a great user experience. What were your early experiences with Adwords like? Tell us in the comments below!