A Brief History of Google Analytics

Without a doubt, the Adster team could not live without the data crunching and insight packed into the goodness called Google Analytics! With Google Analytics 360 Suite upon us, it seems appropriate to look back its humble roots. 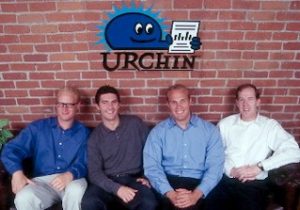 After two years of helping companies build their online presence, the idea of analyzing web traffic data took root and the Urchin project was born.  Helping a key client process web traffic data in 15 minutes rather than in the standard 24 hours provided all the incentive Web Depot needed to focus & develop this software. They were clearly thinking “Big Data” before the term was even coined!

Attending an industry trade show in 2004 led to an unplanned encounter with Google.  After several months of negotiations, an agreement was reached and accepted on Brett Crosby’s wedding day!  The web-hosted software Urchin on Demand was rebranded Google Analytics and released in November 2005, while the client hosted Urchin by Google was eventually discontinued seven years later.

2006 saw the acquisition of Adaptive Paths’ Measure Map software, which was used in the  re-designed of Google Analytics.  Initial signups were so high that a lottery model had to be used to limit subscription until server capacity could accommodate demand. Since August 2006, the service has been free of charge regardless of whether you advertise with Google.  Some major releases since then include:

The next big iteration, called Google Analytics 360 Suite, was released May 2016 and is designed to provide:

From a tool built for internal use, to a globally deployed application processing billions of web metric data points, Coupled with Google Adwords, Google Analytics is just one of the many tools Adster Creative uses to craft your digital marketing initiative.  Our talented team works with you to understand your business and uncover new insights. Contact us today and see what we can do for you.