Adster Creative & President Nominated for Entrepreneur of the Year!

EY Canada has been celebrating the accomplishments of awe-inspiring entrepreneurs for the past 26 years. Driven by their desire to better the world around them, entrepreneurs stop at nothing to achieve their greatest ambitions. They cut through the noise of this transformative age by breaking away from the pack — and then end up leading it.

Enter … Dave Forster (our fearless leader) and my oldest brother. I was proud to have a hand in nominating Dave for all the things he’s done, which he humbly doesn’t take credit for. A huge thanks to Kevin Brown for his official nomination and all his support, guidance and mentorship the last 12 months. 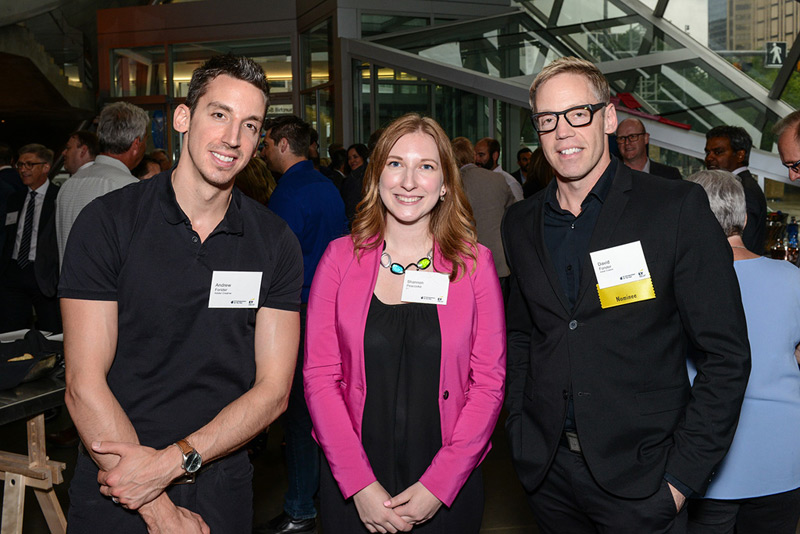 From the obligatory lemonade stands as a child to more complex ideas like setting up a Carnival in his backyard and charging the neighborhood kids admission, Dave’s first real entrepreneurial experience came as a touring musician. The band he was in needed equipment and a vehicle to travel in, along with someone brave enough to put their name on the dotted line. Heading down to the local bank (with Dad as a co-signer), Dave took out a loan and bought the band all the gear it needed, ‘leasing’ this equipment to his fellow bandmates.

In 2000, Dave started a family, but ‘mom’ left the picture just 2 years later ultimately leaving him to raise their son on his own – along with the burden of providing a living for him and his son. This unique combination of circumstances and experiences led to a need to build a business that offered flexibility while rewarding efficiency as his time was ultimately limited. Plus, like so many of us, Dave wanted it all:

In the early 2000’s his first ‘real’ business was underway generating online leads in fiercely competitive finance, education, automotive and health industries. Ultimately this experience would set the stage for future business ventures combining performance-based marketing along with in-depth, detailed, and historical knowledge of search engines, user behavior, and web-based marketing as a whole.

From Dave’s successful band that toured North America (most recently playing the Soundtrack Music Festival alongside Ludacris & Shaggy) to Multi-Media Management, and Adster Creative – Dave has a track record of turning his passions into highly profitable businesses that impact those around him. Adster’s processes and strategic initiatives are in a state of constant iteration and improvement, evidenced by our structured meeting rhythms geared around innovation and improvement.

Dave is the catalyst for all product development at Adster, and his ideas have led to such innovative technologies as Adster’s flexLOCAL™ Website Builder & the SuperDASH™ Reporting Dashboard. Not only innovating on the digital side, but Dave has also spearheaded several initiatives to maximize and measure human resources within the organization. His creation of a sophisticated ‘dials’ system allows employees to set individualized goals for themselves each quarter in a highly visual fashion, then monitor their progress through the quarter with a final 1-1 recap. The result? For 2 straight years, Adster employee surveys reveal a near-perfect net promoter score.

Outside of the confines of the Adster dojo, Dave loves to share his passion for digital & teaching and has participated in dozens of speaking & educational events across Western Canada alongside such companies & organizations like the Edmonton Business Associaton, Edmonton Chamber of Commerce, Startup Edmonton, The Edmonton Journal, and most notably Google Canada. Dave also gives back through his volunteerism in the Futurpreneur Canada (BDC) program which supports young entrepreneurs with financing, and an expert business mentor for up to two years.

Ultimately, these initiatives are consistent with Adster’s values of learning, being present, & betterment. The impact to Adster directly is a measured increase in employee satisfaction evidenced through ‘0’ employee churn for over 18 consecutive months. 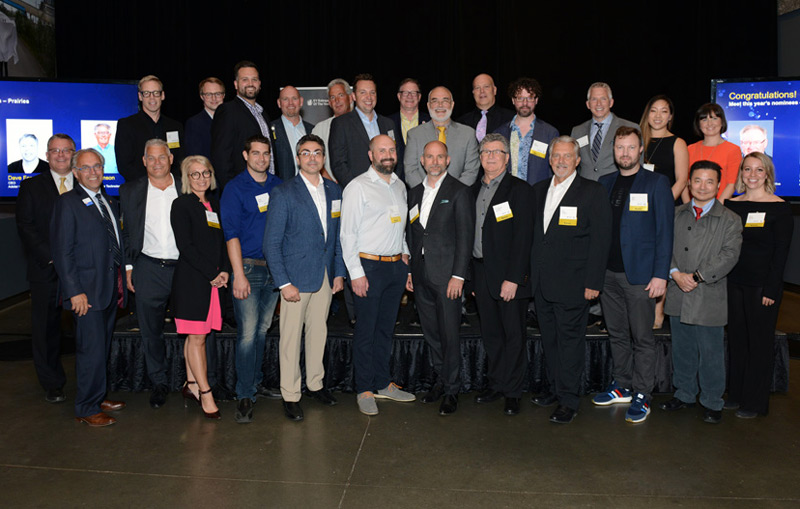 Thank-you for everything you’ve done for myself, and the Adster team. If it wasn’t for you, I would have given up on this journey many times. What a crazy 10-year journey it’s been, here’s to the next 10!

What’s next for Dave and the Adster team (besides building one of the most well respected digital marketing agencies in Canada)? How about building the world’s largest Oil & Gas Recruitment website to start … stay tuned.